Reasons Why You Should Move To Manchester

Manchester has some of the best and most exciting bars, restaurants, and nightclubs in the country. There is something for everyone, whether you like indie music, house music, pop music, a chilled night, or a dance night, the list is endless and a night for everyone to enjoy. If you are after some casual dining, Almost Famous is a great choice (especially if you are a burger lover), Hatch, is great for a mix of cuisine and drinks, and they always have different events on, whether than is a music event or a Saturday morning market for small businesses, this is one of the most popular bars in Manchester and it is located on Oxford Road. Manchester is a great city to live in because there is always an event happening and there is something to do everyday and night of the week so you will never be bored.

The Cost of Living is Reasonable

The North of England is considerably cheaper compared to the South. According to Numbeo, the average rent on a property in the city centre is 53.49% cheaper than a property in the city centre of London, which is insane and an enormous difference in price. People who want to live in London but cannot afford it, tend to move to Manchester as it has been known to be like London but on a much smaller scale, so this would be something to consider. The daily commute is also considerably cheaper. In Manchester, a monthly Metrolink pass for both city’s central zones are around £60, whereas a travelcard for zones 1-2 in London will cost you around £140, again this is a dramatic difference. Yes, the salary is higher in London, however, this is because rent, travel and everyday expenses are a lot more expensive in the South compared to the North.

The Music Scene is Unbelievable

Manchester is known for some iconic bands such as Oasis, The Smiths, The Stone Roses, New Order, The Fall, and so many more. Manchester is one of the best places for live music over anywhere else in the world. If you are a massive music fan, Manchester may be the city for you. Did you know that Manchester Arena has the highest indoor seating capacity in the country and the second highest in Europe? Manchester Arena has hosted some of the biggest music acts in the world over the year, it is certainly worth the visit if a band or musician you like is performing there.

Manchester Is A Unique City To Live In

Manchester is one of the most creative cities in the UK. The art and cultural ecology of the city has certainly grown over the years, and it is globally known for the Manchester International Festival, which brings many unique acts and experiences to Manchester every other year. If you are a creative looking to branch out, Manchester will be the city for you.

If you are planning to move to or from Manchester and you need a storage unit. Contact us here at Storage Tameside and we can answer any enquiries that you may have and find a storage unit size that is suited to you and your needs.

← Prev: Spring Cleaning Tips Next: Why Are More and More People Using Self-Storage? →

Why Are More and More People Using Self-Storage?

Self-Storage is on the rise, here are some of the reasons why: Provides Extra Space People’s living situations are... 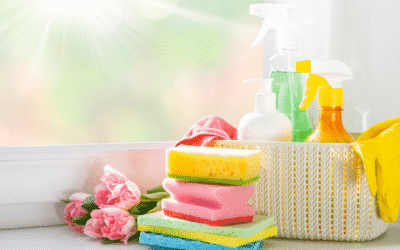 Spring is finally here, after what felt like a lifetime. What better time to get spring ready, than with an annual...

The Dos And Don’ts Of Using Self Storage

It can be overwhelming trying to organise a self-storage unit. We are here to help. Now when it comes to booking a...

This website uses cookies to improve your experience while you navigate through the website. Out of these, the cookies that are categorized as necessary are stored on your browser as they are essential for the working of basic functionalities of the website. We also use third-party cookies that help us analyze and understand how you use this website. These cookies will be stored in your browser only with your consent. You also have the option to opt-out of these cookies. But opting out of some of these cookies may affect your browsing experience.
Necessary Always Enabled
Necessary cookies are absolutely essential for the website to function properly. This category only includes cookies that ensures basic functionalities and security features of the website. These cookies do not store any personal information.
Non-necessary
Any cookies that may not be particularly necessary for the website to function and is used specifically to collect user personal data via analytics, ads, other embedded contents are termed as non-necessary cookies. It is mandatory to procure user consent prior to running these cookies on your website.
SAVE & ACCEPT